Asset protection is for everyone (part 2) 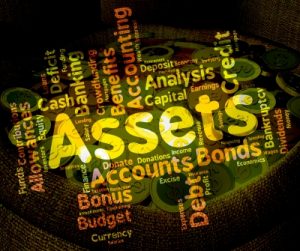 In the initial installment of this article we outlined a few methods to protect your assets from taxes and creditors. Below are some additional lesser known forms of asset protection.

A federal law called ERISA says that 401(k) plans are generally exempt from creditors, although there are some exceptions, such as claims for child support. In the next installment we will outline additional methods of asset protection.

Many states have broad protection from creditors, but not all. Sometimes the rules are highly complex. (In Massachusetts, for instance, IRA contributions generally are not protected from a court judgment to the extent that they exceed 7% of the person’s total income during the five years before the judgment occurred.)

Further, there are completely different rules if a person has a business setback and files for bankruptcy. For instance, rollover IRAs are generally protected in bankruptcy, but traditional and Roth IRAs are protected only up to about $1 million. And an IRA that you inherited from someone else might not be protected at all.

What this means, among other things, is that you should never just casually consolidate different types of retirement accounts. While this might make things easier in terms of record keeping, it could destroy or weaken your protection from creditors.

If you’re concerned about your heirs, a good way to protect them is to put assets into a trust for their benefit, rather than giving money to them directly or leaving assets to them in your will.

Many people use trusts to make sure a beneficiary who is young or financially inexperienced won’t make mistakes and quickly exhaust an inheritance. But such trusts can actually make sense for other types of heirs as well. That’s because assets in a trust might be kept out of reach of a business or lawsuit creditor or a divorcing spouse.

Can you put your assets into a trust for your own benefit, and keep them away from creditors?

That’s a good question. Some 15 states now allow trusts of this type, and people who live in other states can take advantage of them by setting up trusts in one of the 15 states. However, these states’ laws are new, and it’s still very unclear how well they will actually work to protect assets (especially for people who live outside the 15 states).

Still, while it’s not clear that these trusts will ultimately succeed, they’re one more hurdle that might discourage a creditor from going after you.

If you really want to protect your assets in this way, you might consider setting up a trust in a foreign country that offers this type of protection. Doing so is complicated and can involve a lot of regulations and paperwork, but it might be a safer bet.

Speaking of going offshore, some foreign companies offer life insurance policies with greater asset protection rules than are available in some U.S. states.

If you’re concerned about protecting your wealth, it’s a good idea to talk with a lawyer to review your potential exposure and your options. And it’s wise to do it sooner rather than later, because asset protection planning only works against future problems. In general, once a claim against you has arisen, it’s already too late to protect your assets against it.