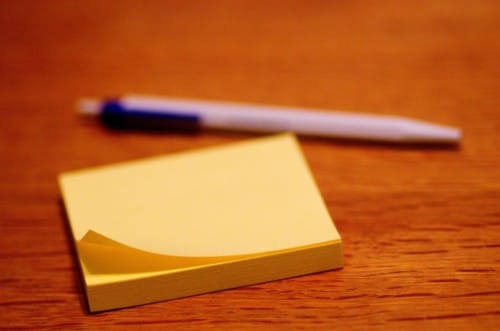 Posted On: 9 months ago
Team TREEL
Will Dispute, Wills

When Zappos.com CEO Tony Hsieh died, the multi-millionaire did not have a Will or estate plan. He did have thousands of sticky notes covering the walls of his Utah mansion that detailed, among other things, financial and business deals, according to the Wall Street Journal.

Now, those sticky notes are part of a protracted and complex court battle as his family and others fight over what they believe were Hsieh’s last wishes for his assets. Claims of undue influence and capacity are also a part of the high-profile case. Hsieh reportedly had mental health and substance abuse issues. There are also accusations that some of the people in Hsieh’s life enabled him or sought to take advantage of their relationship with him to gain some of this wealth, worth a reported $500 million, according to the WSJ.

While most people have less wealth and simpler lifestyles, there are still lessons to be learned from Hsieh’s failure to prepare an estate plan. Indeed, he was among approximately two-thirds of Americans who don’t have a Will or other estate planning documents in place, according to caring.com.

Take it one step at a time: There are many reasons why people don’t have estate plans. Estate planning may feel overwhelming to some. Some people are wrongfully under the impression that it is expensive. Others are just procrastinating. There are bigger and costlier problems that arise for your loved ones without a proper estate plan in place. With the help of an experienced estate planning attorney, the process can be easier and less expensive than anticipated. Start small with the most necessary and basic documents. Even a simple estate plan is better than none at all.

Make it official: Hsieh’s sticky notes, a cocktail napkin or the back of an envelope are not  appropriate mechanisms  to convey your wishes. While some states will allow a handwritten Will, or handwritten edits to a Will, there are still considerations and thresholds that must be met to ensure it is valid. These situations will likely land your heirs in Probate Court where they will fight a long, costly and stressful battle over your assets.

Be clear with your intentions: One of the most common reasons for Will contests is the belief that the decedent was forced or influenced to bequeath assets to an individual. When there is no Will, there is no starting point to know what the decedent’s intentions were, opening the door for accusations – true or not – between heirs.

Estate Planning with an Alzheimer’s or Dementia Diagnosis
18 Nov at 2:46 pm
In Estate Planning, Money Does Not Equal Love
21 Oct at 12:37 pm
Disinheriting: No Love, No Gift
9 Sep at 4:00 pm
Download Now

Estate Planning with an Alzheimer’s or Dementia Diagnosis

How to Navigate the Guardianship Process