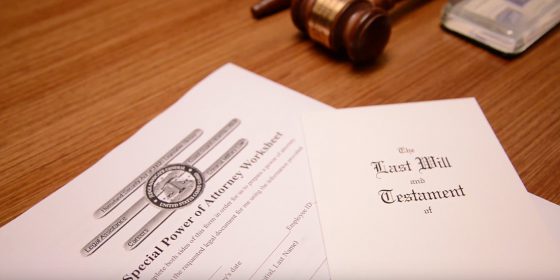 Estate Planning: The Value of Nothing 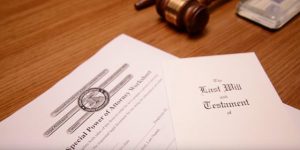 There was a terrific piece in the New York Times a while back on the importance of crafting a Will, even if you don’t think you have anything to leave.

Allen Salkin was an investigative reporter who, in the day, drew back the curtain on the ugly spectacle of politically connected operators, who feasted on the remains of estates of people who hadn’t left a Will. Salkin’s piece in the Times recites some of the horrors of that era, but it was his own thoughts about his own (admittedly meager) estate that drives the point home:

… A copy of an early draft of the script from the “Festivus” episode of “Seinfeld”, signed by Jerry Stiller, is typical of my weird collectibles. Others include: a videotape of the first television commercial aired in the new millennium, originally broadcast somewhere in the South Pacific; a promotional boxing card from the night Laila Ali made her professional debut; a knife Ferran Adrià used to cook; a Satchel Paige autograph; and a nearly complete run of back issues of Heeb and Omni magazines.

“I don’t want,” Salkin concludes”, a junk dealer hired by Surrogate’s Court coming in and dumping these gems.”

You cannot have it any plainer than that. In “choosing” not to leave your Will behind, you are choosing to hand your legacy over to a stranger. Look through your home now: I bet that there are all sorts of tchotchkes and knick-knacks, even if they are hidden away from plain sight. You know quite well that, if you put them up for auction, they might not even attract a single bid. Yet, the mere thought of putting them up for auction gives you a shudder.

Oscar Wilde said it perfectly when he excoriated those who “knew the price of everything and the value of nothing.” Allen Salkin reminds us how steep a price we can pay when we unthinkingly and by accident (or laziness) hand over the most intimate pieces of our legacies to people who don’t care.

If you have any additional estate planning questions or would like to schedule a consultation, please feel free to contact us at your earliest convenience.

TREEL is Caring for its Clients and Community, Every day
20 May at 12:09 pm
Inexpensive Handwritten Wills and Other Myths
23 Apr at 6:30 am
New Rule Increases Age for Required Minimum Distributions
6 Apr at 6:26 am