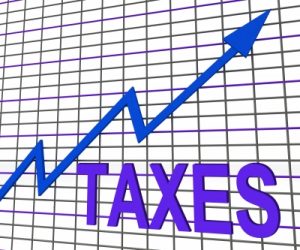 IRS officials have been indicating for a few months now that they’re about to start cracking down on certain estate planning techniques that have been popular in recent years. But ironically, this might actually help a number of clients to save on their taxes.

The issue involves family limited partnerships and LLCs. A technique that many wealthy people have used in the past is to create a family business structure of this type, and then give away partial interests in the business to family members. The idea is that the value of these partial interests can be significantly reduced for purposes of estate and gift taxes.

Here’s an example: Suppose Anne creates a family limited partnership to hold $2 million in assets. She then gives her son Roger a 10% interest in the partnership. You might think that this would result in a taxable gift of $200,000.

But in fact, Anne could claim on her gift tax return that this 10% share was worth much less than $200,000. That’s because, if Roger tried to sell it to a third party, it’s unlikely anyone would actually pay $200,000 for it. The fact that the third party would be a minority shareholder, with no ability to cash out the investment and no ability to control the business, would reduce its value significantly.

As a result, Anne could “give” $200,000 to Roger and have the gift be treated as something far less valuable for transfer tax purposes.

It’s not surprising that the IRS has been upset about this technique. In fact, it has tried on numerous occasions to get Congress to change the law, but to no avail. So now it appears that the IRS is going to issue new regulations to limit the use of family business discounts.

However, for many clients, this might not be a bad thing.

It’s expected that in 2016, the federal estate tax will not apply at all to estates of less than $5.45 million (or $10.9 million for married couples), As a result, unless a family is very wealthy, the federal estate and gift taxes are no longer a chief concern, and the IRS regulations won’t be a problem.

Now, when a person dies, any assets in the person’s estate that have appreciated in value receive a “step-up” in their capital gains tax basis. The new basis is not what the person originally paid for the assets, but their value at the date of death. This reduces the amount of capital gains tax that heirs must pay when they eventually decide to sell them.

So … if an heir receives a minority interest in a family business when someone dies, he or she may actually want a higher valuation for that interest, so as to reduce future capital gains taxes.

And if the new IRS regulations limit discounts for family business interests for estate and gift taxes, that should help – because the IRS presumably can’t then turn around and argue that the same interests should be discounted for the purpose of capital gains taxes.

The bottom line is that the new rules might be a net loss for very wealthy families with partnerships and LLCs, but good news for everyone else.

Contact us if we can help you in any way.

What are a Trustee’s Duties and Responsibilities?