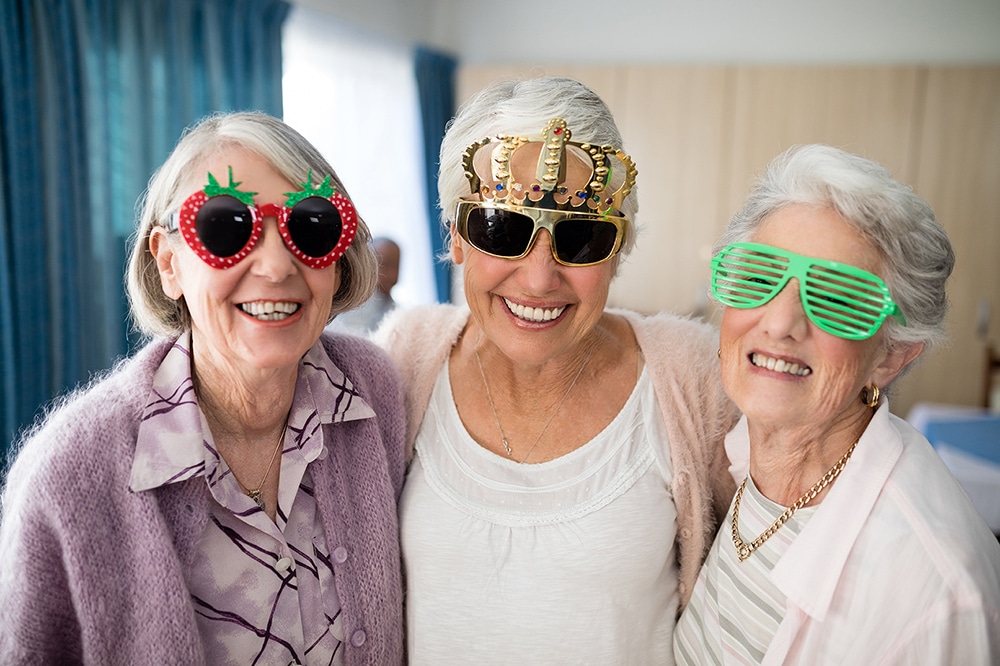 Might Co-Living be a Housing Solution for Isolated, Older Americans?

Older Americans have been living with others for as long as there have been older Americans. But for most of our history, the others were family members. Now, sons and daughters are often spread from coast-to-coast. Many elderly don’t have the resources to live the comfortable, retired lifestyle depicted in retirement planning advertisements. Living with strangers – who will become friends – might be the way to go for an increasing number of people.

One example was recently discussed in the Philadelphia Inquirer. In Lancaster County, the Thistledown Co-living House, which was built about a year ago with the help of volunteers, allows lower-income seniors to share a home and expenses while giving them access to a large retirement community. Operated by Garden Spot Village, a senior housing provider affiliated with the Mennonite church, is a nonprofit, continuing-care retirement community with apartments, single homes, assisted living, and skilled nursing care for nearly a thousand people.

The 4,000-square-foot house has private bedrooms and bathrooms for five people, large common areas, including a modern kitchen, living room, an adjacent meeting room, and a loft. It’s currently occupied by four women in their 70’s healthy enough to live independently. They were strangers when they moved in, but now call themselves the “Sisters of Thistledown.”

That emotional connection is what CEO Steve Lindsey hoped for when he started thinking about creating a co-living opportunity at Garden Spot Village. Lindsey understands that isolation can shorten lives just as effectively as a chronic disease. “People want their own bedroom and bathroom, but what they really need is each other.”

The journal Health Affairs reported in April an estimated 7.8 million Americans 75 and older won’t be able to afford assisted living in 2029. Co-living may be an option for those in the “middle market,” people who make too much for government help, but who can’t afford upscale senior housing. It combats isolation and should make residents feel safer while allowing residents to split costs. While “retiring in place” may sound great to many, the reality is that it often leads to loneliness in homes that need maintenance and repairs that can drain resources.

Garden Spot Village CEO Steve Lindsey said, “Many older people don’t have homes to sell to pay for the entry fee needed for many retirement communities and Social Security payments alone won’t be able to pay for Garden Spot Village.” He saw a need for more socioeconomic diversity, so to make it work, he needed to keep costs down. Thistletown was built with volunteer labor, cutting its cost to $300,000, about half of what it would’ve been without the volunteers’ help.

Residents need to have incomes of $25,000 or less (the average Social Security payment is $16,848 a year) and pay 30% of their income as rent. Lindsey says that can cover monthly costs plus leave money for home maintenance. It’s not just affordability that’s an issue, according to resident Esther Courtney, 70, who used to live in a townhouse. “I guess I was just tired of being alone and I’m not alone here. It was a good move.”

Lindsey foresees demand increasing for this kind of housing by those who have the resources to live by themselves yet who want to live with others. “We look at it as a prototype,” he said, “and we think it is scalable.”

Estate planning is a critical part of retirement planning. We can help you put together the pieces of the retirement puzzle, including discussing what kind of housing you want along with how you can pay for it. Contact one of TREEL’s seasoned attorneys to help you plan the next chapter in your life.

Estate Planning in New Jersey Under the Respect for Marriage Act
Today at 10:47 am
Avoid the Panic Moves with Your Estate and Elder Law Needs
20 Jan at 10:31 am
Retiring in Place: Live the Dream, Avoid the Nightmare
13 Jan at 10:23 am
Download Now